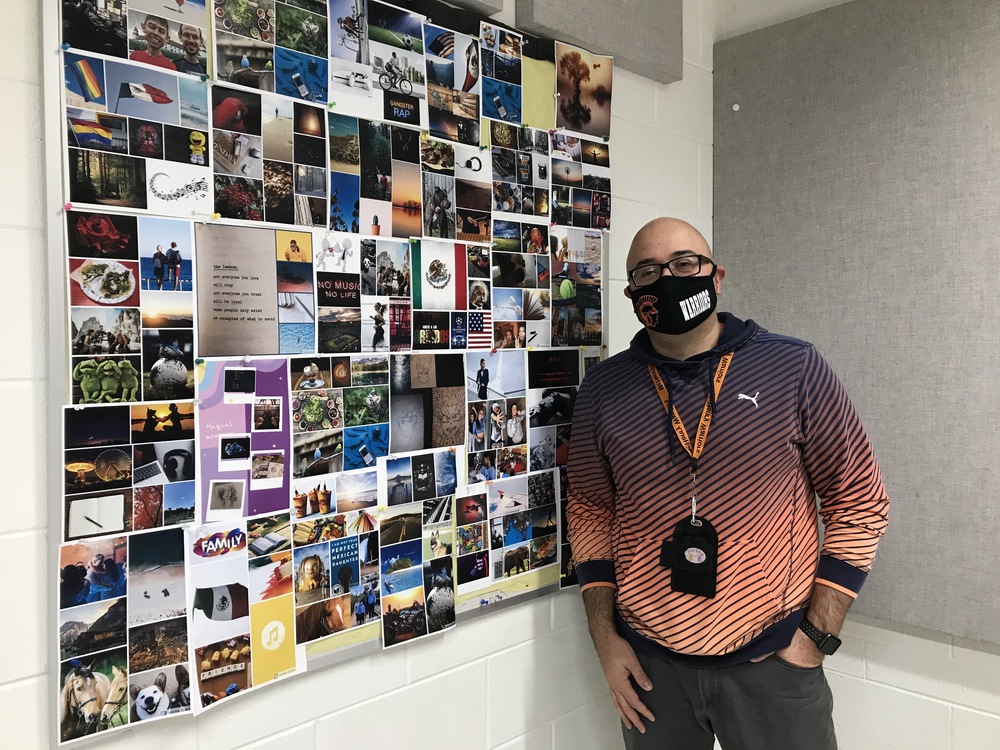 For Otto Corzo, his lightbulb moment came in high school when his chemistry teacher suggested that he consider a career as an educator. Now he looks to bring about those lightbulb moments in his students.

Teaching during a global pandemic makes it a little more challenging to see those moments since teachers and students are connecting mostly over the internet. But he can usually spot it when he looks in students’ eyes.

And he counts on it.

“I think I have shifted what motivates me and inspires me to just that,” Corzo said. “You have to be more available than in a physical classroom.”

His effort to connect with students has drawn the attention of students and colleagues alike. He was selected as October’s Staff Member of the Month for West Campus, and those who made the video about him mention that effort frequently.

MCHS Spanish Teacher Natalie Alatorre, a former student, said Corzo inspired her to be a teacher as well. Current students said he’s an engaging teacher who cares about students..

“Mr. Corzo is so awesome and he deserves this award,” said Arleth Ramirez, Class of 2024. “He is so cool, and I like how he is so supportive of everything.”

Corzo, who is currently teaching Spanish for Heritage 1 and 2, and an English lab for multilinguals, grew up in Northlake and attended West Leyden High School. His chemistry teacher suggested he consider education after noticing Corzo helping other students understand class material.

He went on to earn a Golden Apple scholarship for future teachers. Corzo also participated in the Future Teachers for America job shadowing program then went on to study English and Spanish at Northern Illinois University before moving to Northeastern Illinois University. After earning bachelor’s degrees in both subjects, Corzo went to work at Warren Township High School for seven years. He’s been at MCHS for six years.

Also at McHenry, he advises the Latinx American Student Organization (LASO) and the Sub Element break dancing club. With the school year starting digitally, he personally delivered school supplies to his students to make sure they were ready to start learning.

He’s planning to start a master’s degree program in social work with the idea to specialize as a bilingual social worker.

To see the announcement video for Corzo, click here.

The MCHS Staff Member of the Month program honors a staff member from East Campus and West Campus each month during the school year. Thanks to the support from Meat and Potato Eatery and Brunch Cafe, each award recipient gets a gift certificate as well as a plaque.