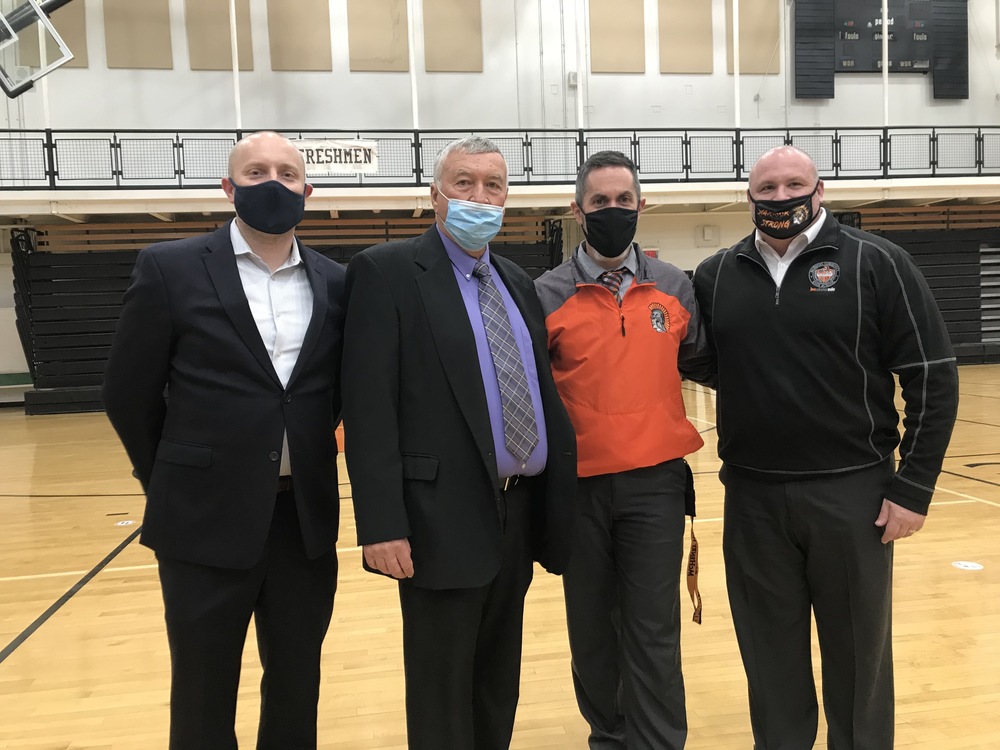 Dr. Jeff Prickett, principal of McHenry High School-East Campus since 2017, is the Illinois High School Principal of the Year for 2021 in recognition of the positive impact he’s made on students, families and the community, particularly in light of a worldwide health pandemic.

Officials from the Horace Mann Educators Association and the Illinois Principals Association made the joint announcement on March 18 during a surprise and socially distanced ceremony for Prickett at East Campus in McHenry.

“I’m just so honored,” Prickett said Thursday. “There are so many deserving principals in Illinois.” 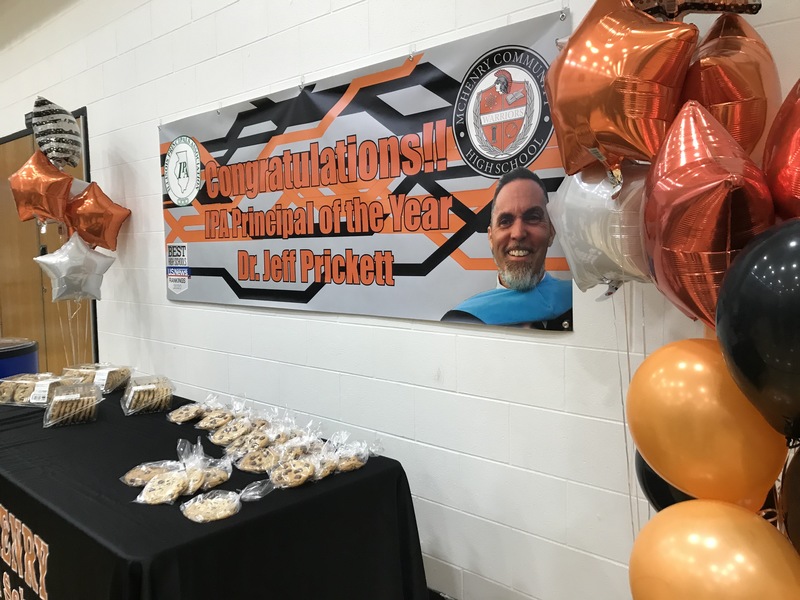 Officials from both organizations cited Prickett’s work advocating for children, creating a positive school environment and working to improve student achievement as just some of the reasons that Prickett stood out as a principal. Next year, Prickett will become the principal overseeing the soon-to-be one McHenry High School with two campuses.

He was selected from a pool of nominees from the 21 regions of the Illinois Principals Association. Dr. Prickett will also be recognized at the IPA’s Education Leaders Annual Conference in October 2021.

“During the pandemic especially, it took me a long time to almost recalibrate, as you did, what it means to be a principal,” Prickett said. “Everyday you wonder if you are doing enough.”

McHenry High School leaders said it wasn’t at all surprising that Prickett would be selected, particularly in light of his extraordinary effort during this COVID-19 pandemic. They cite his effort to advocate on behalf of students, and his work to create an online presence as just some of the things Prickett has done to make a positive impact.

“First and foremost, Dr. Prickett is a strong student advocate,” said Dr. Ryan McTague, superintendent of schools for McHenry Community High School District 156. “His extraordinary connection and relationship to our students, parents, and staff is reflected in the strong sense of community and culture he helped to create at East Campus over his tenure.”

One initiative Prickett started this year was a new Warrior EDU podcast in which he and science Instructor Leah Pelletier interview educators and staff members to shine a light on education happening in the schools each day.

“He has brought a new brand of creativity and communication to MCHS.” said Carl Vallianatos, assistant superintendent for curriculum and instruction for McHenry District 156.

Counting his time in McHenry, Prickett’s experience as an administrator and educator included 17 years as a principal, one year as an assistant principal and one year as a dean.

Prickett has been an active member of the Illinois Principals Association since 2002 when he first stepped into school leadership as a dean. Dr. Prickett was named the IPA Kishwaukee Region Middle School Principal of the Year in 2016 during his time as principal at Richard F. Bernotas Middle School in Crystal Lake, and was named a Golden Apple Stanley C. Golder Leadership Award Finalist in 2017.