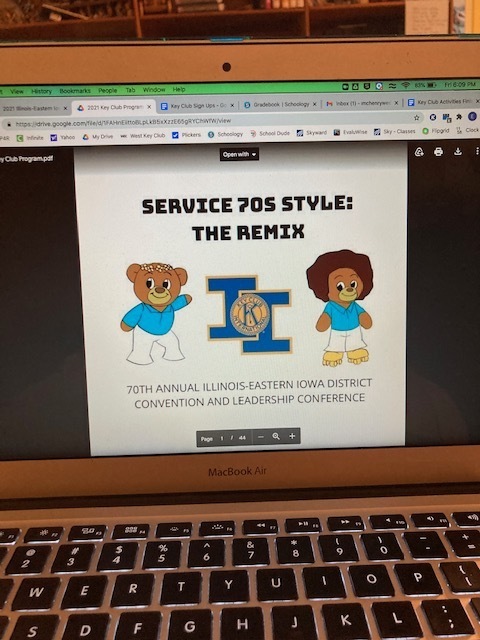 Officers with the West Campus Key Club attended the first-ever Key Club Digital District Convention and Leadership Conference, and came away with several awards including 1st place in the platinum division for the James Robert Hall Achievement Award.

Also, the club received the RIOT Award, the Newsletter Award (Alyssa Abiol is in charge of the monthly newsletter), and the Technology Award (Kevin Marquez is in charge of updating the club's website.)

Advisor Emma Theel said she is proud of how club members adapted to ever-changing conditions during the last year. Theel said the West Campus club, one of the largest, was mentioned several times for efforts to continue to serve during a global pandemic.

Other officers were not eligible for officer awards because the offices are unique to the West Campus club. Theel said they should also be recognized for their work this year.
Public Relations Officer - Kevin Marquez
Co-Historians - Daniela Hernandez and Samantha Perez

All of the above-mentioned officers attended as well as next year’s officers: