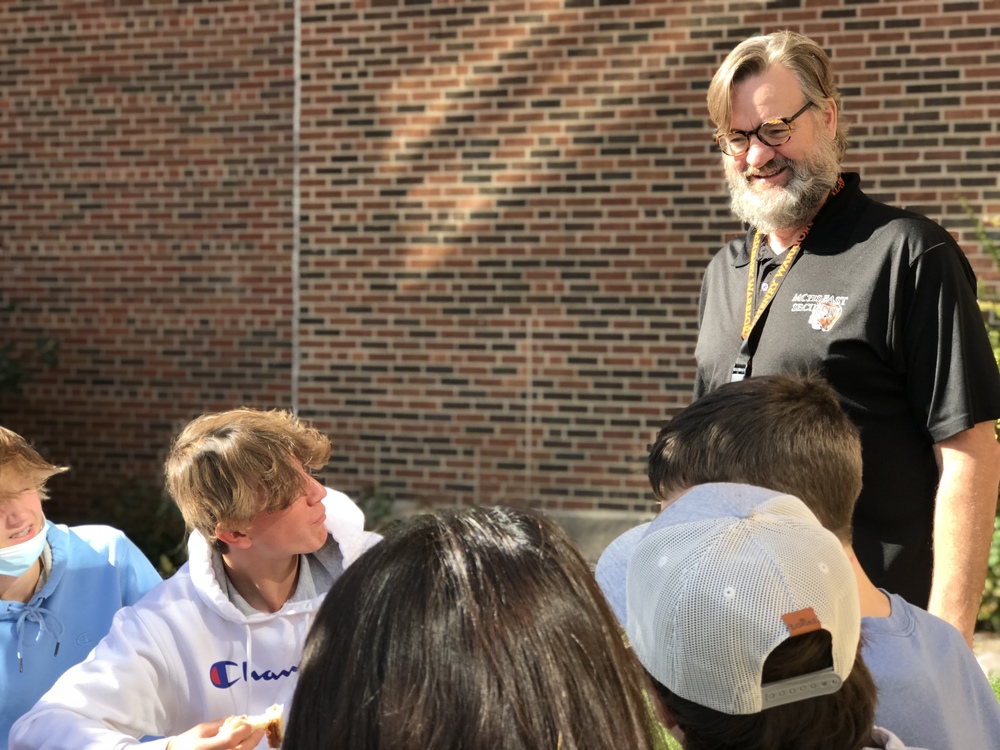 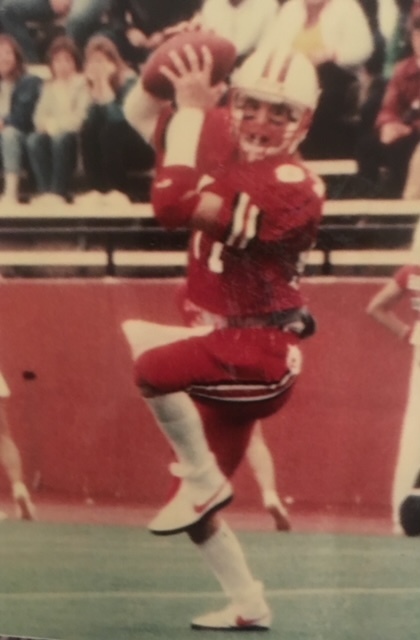 Out of all of his career experiences, Freshman Campus Security Professional Dave Wilson said working with high school students is the most rewarding.

Well, perhaps not more rewarding than being an NFL football player, but that’s only because his NFL career was so short-lived. It’s hard to compare.

While the former wide receiver was injured in the preseason with the NFL, he’s been working for eight years as one of the first faces most people see at what was formerly East Campus.

Students who nominated him for Staff Member of the Month for September credit Wilson with watching out for them, and brightening their days.

“He has helped me with a lot of things! He is also everyone's favorite and known by everyone,” said freshman Savanah McCoy.

Added freshman Leo Marak, “He keeps us safe at lunch. Also he is funny, has a good sense of humor (and) also he is kind.”

Wilson said sometimes people are surprised when he says he loves this job the most. A Mundelein High School graduate, Wilson went to Illinois State University with a full scholarship to play football.

After his preseason injury, he was released from the St. Louis (football) Cardinals (now the Arizona Cardinals) and an NFL strike followed.

He was planning to go to Miami but still had injury issues. He then went for police officer training at the Chicago Police Academy before taking a job in Lake Bluff.

Later, he went to work in corporate security for Wonder (Hostess) then Jiffy Lube.

After being laid-off from his position as division leader for corporate security, Wilson took a job at East Campus. He appreciated not having to travel for work anymore and being near his family.

“It seemed like everything just fell into place,” he said. “This is one of the most rewarding jobs I’ve had.”

A team atmosphere at school is one way his current job can be compared to playing football, he said.

Wilson is the first Staff Member of the Month for the 2021-22 school year, and the first for the newly reorganized McHenry High School that now includes a Freshman Campus and Upper Campus.

Click here to see the video announcement of Wilson’s award.

Thanks to the support from Meat and Potato Eatery and Brunch Cafe, each monthly winner receives a gift certificate as well as a plaque.