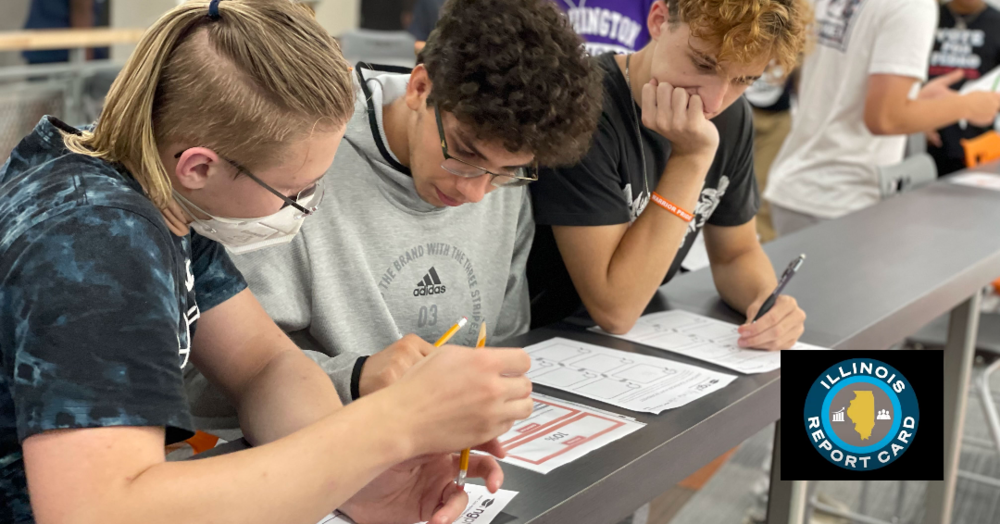 The Illinois State Board of Education (ISBE) released the 2022 Illinois Report Card at www.illinoisreportcard.com on Thursday, October 27th. This is the first report card that reflects our recent campus transition and a consolidation of student performance information under “one school.” We will no longer see our East and West Campus report cards, rather, one report card for McHenry High School. It is also the release that represents the first school year emerging from the pandemic and the 15 months of student learning that was significantly disrupted. We saw a school year across our nation that was unlike any other in history. Students were struggling with learning loss, an interruption to social and academic patterns, a variety of emotional, behavioral, and economic issues, as well as continued problems with attendance as the pandemic still loomed.

Amidst those challenges, McHenry High School made the list of commendable schools announced by the Illinois State Board of Education, the second-highest rating as part of the annual report cards on public schools that measure progress toward preparing students for college and career goals. This designation indicates that under the state’s accountability system, MCHS has a strong graduation rate and overall academic performance with no underperforming subgroups.

In 2018, the state moved away from looking solely at test scores and added many additional factors to determine whether schools are preparing students to succeed. This follows the federal Every Student Succeeds Act (ESSA) signed in 2015. ESSA established four levels of school designations: exemplary, commendable, underperforming, and lowest-performing. Schools that are designated as under or lowest-performing will be able to seek assistance in the school improvement process and will have extra funding attached to these additional requirements. For more information about ESSA and the state accountability system, click the What is ESSA Fact Sheet on our district website.

The 2022 Illinois Report Card also shows each district’s Evidence-Based Funding (EBF) tier and amount of state funding received. The state overhauled its primary funding formula in 2017 to send more state funding to the districts in the greatest financial need. A district’s percentage of adequacy compares its actual funding to what the EBF statute defines as full funding for that specific district. Tier 1 districts have the lowest funding levels compared to what they need and Tier 4 districts have full funding or more than full funding. In FY 22 District 156 was assigned a Tier 1 funding designation (lowest funding designation). According to the state's Evidence Based Funding model.  District 156 is considered to be one of the lowest state funded school districts in the state at 67% below the fully funded adequacy target of 100%.

District 156 is committed to providing our students with a competitive and comprehensive educational experience that will allow them multiple options, opportunities, and ultimately success upon graduation from high school. We will continue to align our curriculum, programs, and course offerings with the new accountability system to ensure our students are making progress toward college and career readiness.