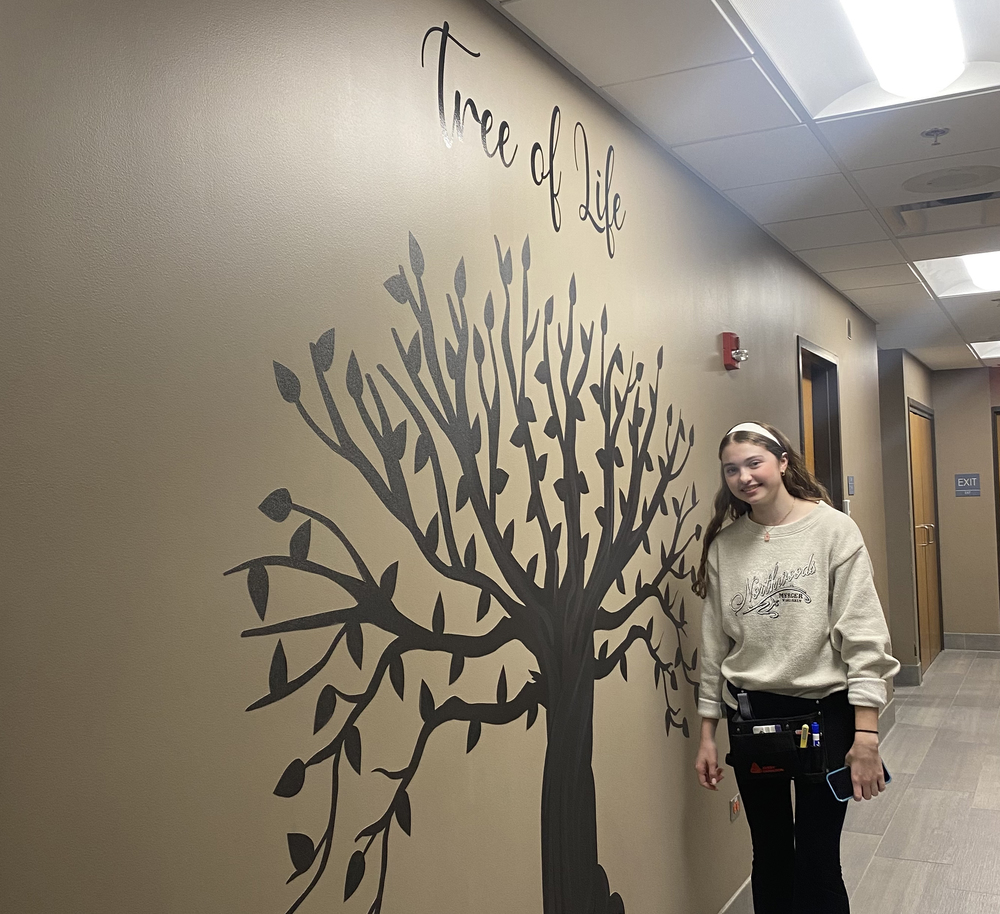 The display, which takes up an entire wall, came out of a partnership between McHenry’s Northeast Regional Communications Center (NERCOM) in McHenry and the high school’s Warriors Ink printing and graphics department. Each leaf will represent a life saved due to a dispatcher’s actions.

Junior Mollie Hobson said she’s been working on the project since September. After several meetings with NERCOM officials, a black tree with leaves was the design selected.

The tree was then printed on Jessup’s TEXWALK Canvas. Based in McHenry, Jessup is a global manufacturing company specializing in adhesive coated films.

“We cut out the entire tree by hand, which was a difficult and meticulous task, as we had to cut around each leaf and branch individually,” Hobson said, adding that it took about an hour for Hobson and teacher, Matt Connor, to install at the McHenry Police Department. 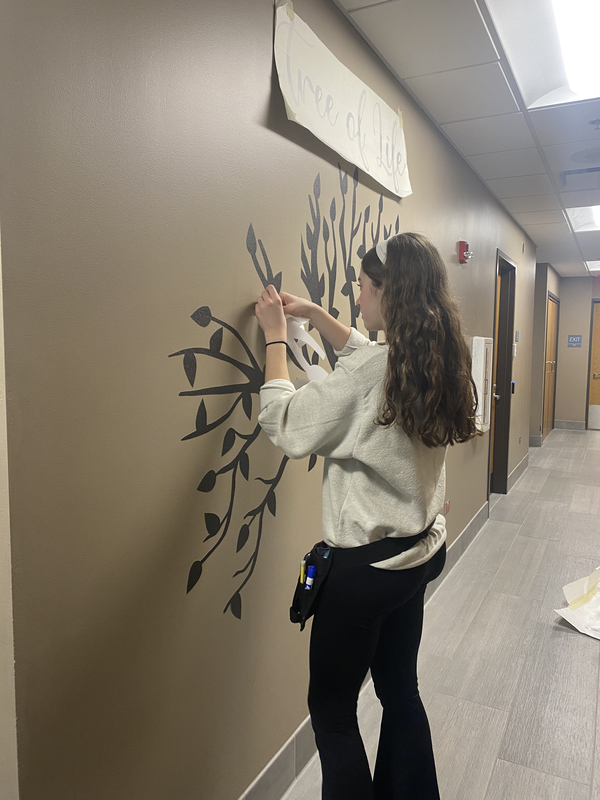 Connor said this was a great project for Hobson to showcase her design skills and have the opportunity to work collaboratively with other students, as well. He said the design is especially nice up close when you can see the shading and depth.

“The best part of this project was my students learning a little more about what goes into saving a life and why someone would get to put up a leaf on this tree,” Connor said. “That, to me, is really special and I'm glad we got to be a little part of this.”

Jenny Synek, communications center supervisor, said the idea to honor dispatchers for life-saving actions has been one they’ve talked about for a while. A police officer typically gets a pin as a symbol of a life saved.

Each person honored will have their name added to a leaf. The first addition will likely be to honor the dispatcher who gave CPR instructions to bystanders when a Woodstock postal worker had a sudden heart attack in August.

Synek wanted to work with the high school to design and make the tree of life since she has worked with Warriors Ink in the past for signs and banners. Synek said it was nice working with Hobson since she has known Hobson’s parents for years.

“This is the circle of life,” Synek said.