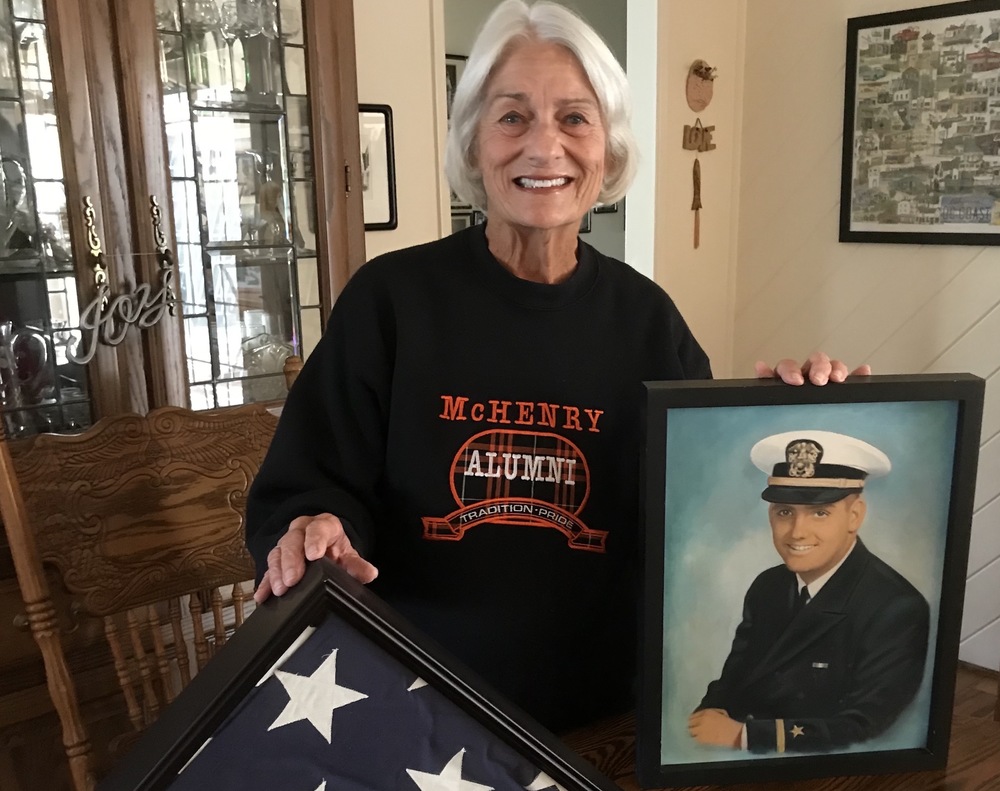 McHenry High School alum Patrick Buckie was preparing to serve his country in the Vietnam War when a parachute accident during training off the coast of the Pacific cost him his life in 1968.

His sister, Lynne Buckie Baker, is trying to keep his memory alive and help fellow classmates reconnect with each other by contributing to a MCHS Alumni Association giveaway project to encourage others to come back home.

Baker is joining with fellow alumni to contribute gift cards for a contest that awards prizes each month to McHenry graduates who register with the McHenry High School Alumni Association. It is part of the 5,000 Warriors Project launched with the alumni association.

Her first contribution is in honor of her brother, who was born Sept. 16 in McHenry.

“Here’s someone who went into the service and sacrificed himself for his country, and that is to be admired,” Baker said. “And I want to keep his name out there.”

Baker said her brother, who graduated in 1961 and attended University of Illinois and DePaul University before graduating from Loras College, joined ROTC while at Loras. Stationed in Widbey Island, Wash., Buckie wanted to become a pilot with the Naval Air, and was preparing to leave for Vietnam when he was killed in a parachute accident on Aug. 5, 1968.

Though her family had moved to California by that time, Baker said many of her McHenry classmates remember her brother fondly.

“He was just so much fun and had a great personality,” Baker said of her brother, who was named “best date” while in high school.

As she plans for her own 61st reunion of McHenry High School classmates in October, Baker hopes to encourage others to get involved in the Alumni Association. She also hopes to inspire others to reconnect with their high school roots.

“My best friends are still my high school friends,” she said.